Taapsee Pannu is currently in Goa completing the last leg of Looop Lapeta, a zippy adventurous ride, adapted from the iconic international feature 1998 German thriller, Run Lola Run. With a massive distance between the shoot location and the base on the sets of the film, the actress found herself riding a scooty to ferry herself to her van.

A video of Taapsee conveniently ferrying from the shoot location to her vancity van in her costume for the film was shared by producer Tanuj Garg on his Instagram stories. In the video, she is seen accompanied by her spot boy who is holding an umbrella over their head to protect from the afternoon sun. 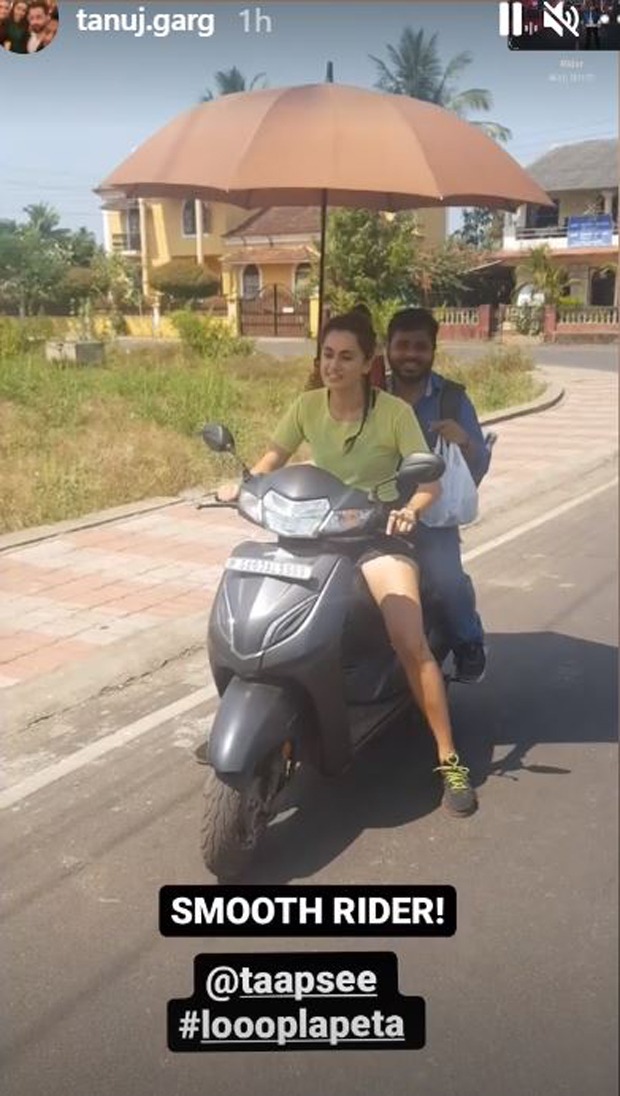 Reposting the video by Garg on her Instagram stories, Taapsee wrote, “When shooting spot n vanity van require a different mode of connectivity” 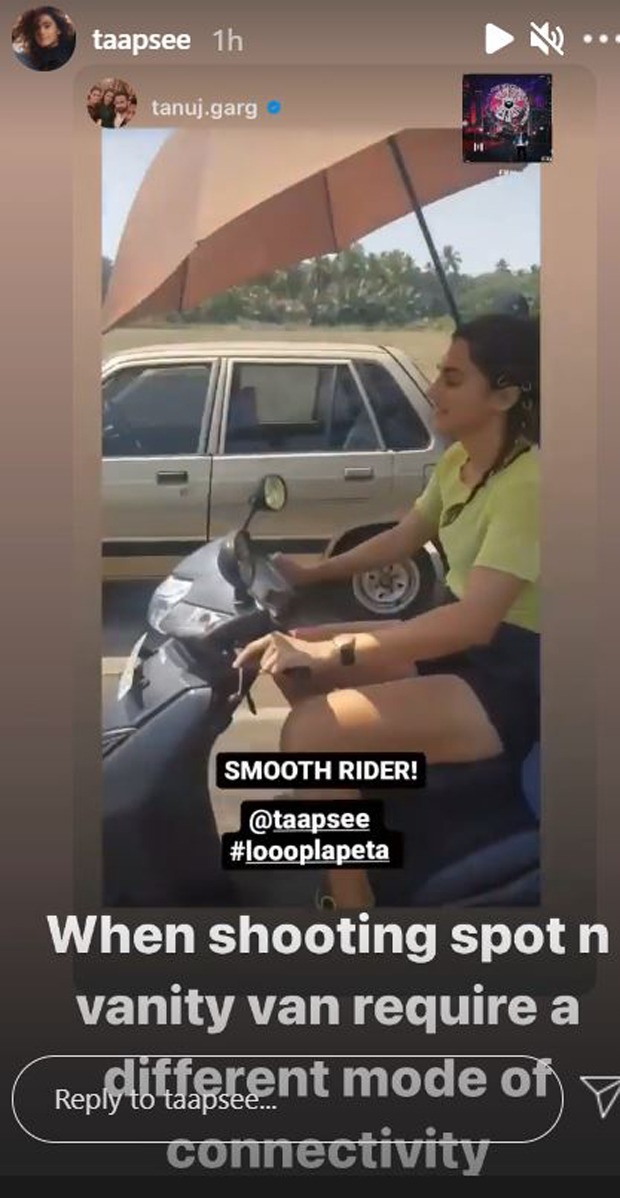 Taapsee dons a completely different look for this film in which she plays a character named Savi. The actress will be wrapping up the shoot of the film tomorrow.